The Best California Wines to Invest in Right Now

If you’re a serious wine connoisseur, you know that the French have dominated the conversation for hundreds of years. Even if you’re a casual wine drinker, you know that the vintages that originate in France are more likely to garner “oohs” and “aahs” from your guests. The optics surrounding French wine allows some select vineyards (that we’ve written about in the past) to create outstanding vintages and not have to throw much marketing power behind them – the names alone are enough to create intrigue and awe.

We wanted to shift your attention, though, albeit temporarily, to another famous wine region in the world to highlight 5 wines that we’ve tapped for amazing investment potential. In this article, we’re going to spotlight the top five Californian vineyards that deserve consideration in expanding your wine portfolio.

In case anything you see here piques your interest, please do not hesitate to contact us for a free consultation in starting your portfolio.

Let’s do some quick stats: Harlan Estate is among the top 10 most highly rated Napa Valley wines, based on critic scores. The average price per bottle (750ml) is

Harlan Estate was founded in 1984 with the founder’s mission of creating a “first growth” of California. The estate began with just six acres, which expanded to a nearly forty acres under vine with the classic varietals: cabernet sauvignon (70%), merlot (20%), cabernet franc (8%) and petit verdot (2%), The finished product is predominately composed of cabernet sauvignon, which is then blended with the other varietals to execute the unique flavour profile of the site.

The 1995 vintage we referenced above came to be due to an extremely wet winter and a late March budbreak. Summer temperatures made the conditions ideal for ripening and yielded 2 tons per acre. The Harlan Estate 1995 vintage has a deep ruby colour, aromatics of coffee bean, toasty smokey notes and vanilla, as well as mineral notes, herbs and green olive. It boasts a unique bouquet and spectacular purity through the mid-palate. The drinkability of this wine is now to 20+ years, so there is plenty of time to invest in this showstopper.

“These wines possess all the elements of greatness – individuality, power combined with elegance, extraordinary complexity, remarkable aging potential, and compelling richness without ponderousness.”

Sine Qua Non is one of California’s most renowned wine producers and one of the only famous wineries not from Napa Valley. It is based just north of Los Angeles in Ventura County, with most of its vineyards in Santa Barbara. Another unique selling point for Sine Qua Non is that the same wine is rarely made twice!

Considered a “cult winery”, Sine Qua Non specialises in Rhône grape varieties, with most of the red wines based on Syrah and Grenache. The white wines are also modelled after Rhône wines and are typically based on Marsanne, Roussane and Viognier.

Sine Qua Non, which means (roughly), an essential condition, without which something else cannot happen, produced its first vintage in 1994. Austrian-born winemaker Manfred Krankl released three barrels of Syrah as “Queen of Spades”. Before that, Krankl had produced wines with other winemakers including Havens Cellars and Alban Vineyards. Krankl sent his own 1994 Queen of Spades directly to Robert Parker, who astonishingly gave the wine 95 points – the highest he’d given any American wine based on a Rhône variety.

Sine Qua Non’s small volumes mean that demand has consistently outpaced supply. It is in such high demand, in fact, that the Krankl’s have a mailing list to sell wines directly to their customers. The wines boast top prices on the secondary market, often topping £1000 and occasionally much higher. In fact, a single bottle of Sine Qua Non 1995 rosé auctioned for $42,780 USD.

“Our wines were born of pure passion and a wishful dream – to make something that is so distinctive and so delicious as to make it indispensable to wine lovers the world over. Clearly a rather lofty, even unrealistic notion, but one we decided to pursue anyway.”

Dominus is the highly-regarded Californian outpost of famous Pomerol and Saint-Emilion producer, Christian Moueix. He established Dominus Estate in 1983 on the 43 acre Napanook vineyard. Three wines are produced at this winery: Dominus (its flagship), Napanook and Othello. The wines are composed predominantly of cabernet sauvignon with cabernet franc and petit verdot and many critics score this Napa Valley wine extremely highly. The Wine Advocate gave the 2018 vintage a score of 99!

As if that isn’t impressive enough, Wine Spectator awarded Dominus the coveted number 1 spot in its Top 100 Wines of 2021 list. The 2018 vintage is priced around $270 USD, so this phenomenal wine will not break the bank but will definitely impress.

These vineyards have an impressive history even before Mouiex was a player in the game. The Napanook vineyard, nestled at the foothills of the Mayacamas Mountains in west Napa Valley is moistened by winter rains and underground springs that provide natural water sources to its grapevines. It was in this exact location, in 1838, that Napa Valley’s very first vines were planted by George Yount.

Moueix finished his oenology studies in California and returned to Bordeaux to manage some prestigious châteaux like Pétrus, though his interest in California never wavered. In 1981 he returned to California and entered a partnership to develop the vineyard. He became the sole owner in 1995 and called the estate Dominus. Currently, there are 42 ha under vine in Dominus, all of which are dry-farmed and designed to minimise water loss and preserve the soils. The grapes are hand-picked, harvested every few days and carefully sorted to ensure only the best grapes make their way to the vats.

“We produce wines that reflect the purity, complexity and character of grapes grown exclusively from the Napanook vineyard. This unique provenance qualifies our wines as estate-bottled, a rarely found designation.”

Of all the California wines we’re speaking about, Opus One has the most storied and illustrious history. Located in Oakville, California, the winery was founded as a joint venture between Baron Philippe de Rothschild and Robert Mondavi to create a single Bordeaux style blend. Clearly, this winery venture was monumental news in the wine industry, as the Rothschild name added respectability and clout for the still-emerging Napa wine region.

The first vintage, 1979, was released in 1984 at the same time as the 1980 vintage. It stood as the most expensive California wine for quite some time, and still ranks among the most expensive red wines produced in Napa Valley. In fact, the 2014 vintage retails for around $325/bottle. The Opus One has won countless awards, including the Wine Spectator Top 100 spots #2 and #13m for the 1996 and 1994 vintages respectively.

The genesis of Opus One is an interesting story, originating in 1970 at the Mauna Kea Beach Hotel in Hawaii where Mondavi and Rothschild met and began their collaborative dream of merging old world and new world wine styles into one grand opus. After a little over a decade of planning and executing, the pair began releasing vintages to the masses. In the 1990s, Opus One became the first California cult wine to be widely sold in Europe and Asia.

The 2018 Opus One vintage retails for $430 USD and offers aromas of blackberry, cassis and black cherry. Beautifully balanced, the smooth round tannins and fresh acidity combine to create a soft, creamy mouthfeel and extend the flavors into a long persistent finish.

““Wine is born, then it lives. But it never dies, in man it lives on.”

The proprietor of Screaming Eagle, Jean Philips, never imagined that her wine would be considered one of the original Californian “cult wines”. In 1992, she decided to stop selling grapes to other Napa Valley wineries and take the plunge. Her homemade wine, which she created in a plastic trash can, was well-received when she brought it to Robert Mondavi to try, and (despite their mocking of the Screaming Eagle name) that encounter gave her the confidence to start her winery.

Screaming Eagle produces 100% cabernet sauvignon and is ideally situated. The soil is essentially a rock pile on a west-facing slope just east of the Napa River and the vineyard has perfect drainage and exposure. The weather is just hot enough during the waking hours to ripen the Cabernet and cooled in the afternoon by the San Pablo Bay breeze. 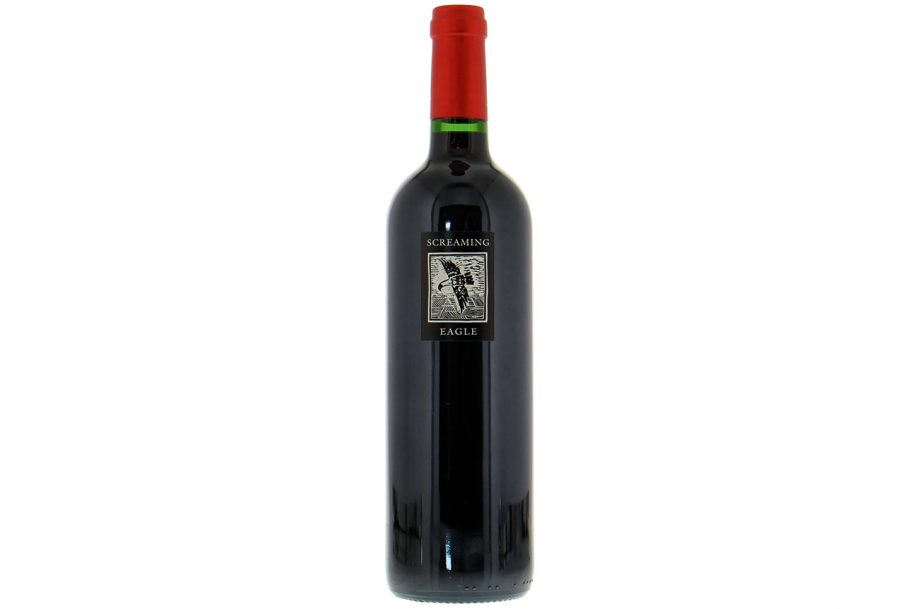 Under the direction of winemaker Heidi Peterson Barret, only 500 cases of Screaming Eagle are produced each year. The wines are profiled with currant, cassis, blackberry and black cherry flavour layers and are noted to age beautifully for 10 to 20 years.

This wine is very highly rated and is among the highest-priced wines from Napa Valley. The price has been rising over the last year with the average price of a 750 ml bottle at £3500. Now is a great time to invest as this wine seems to only be gaining popularity and becoming increasingly scarce as we move into 2022.

“Over the past five years every single vintage has seen price appreciation at auction. Statistical data shows the earliest vintages are being consumed and appear less frequently at auction over time. Vintages before 1997 are consequently becoming rarer at auction — only eight bottles of its first vintage were offered last year. This year only six bottles have been found. “

Any cookies that may not be particularly necessary for the website to function and is used specifically to collect user personal data via analytics, ads, other embedded contents are termed as non-necessary cookies. It is mandatory to procure user consent prior to running these cookies on your website.