Dom Pérignon. Even if you’ve never tasted it yourself, you’ve heard of it. This brand of vintage Champagne has become synonymous with class, affluence and decadence. 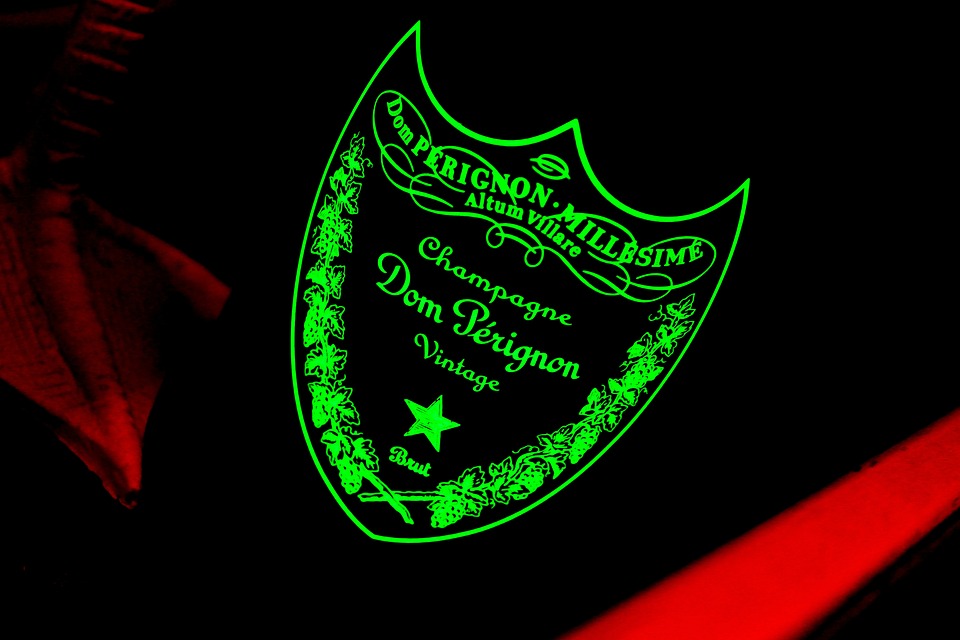 Dom Pierre Pérignon (1638-1715) was a monk and cellar master at the Benedictine abbey in Hautvillers, a commune in north-eastern France. The monk is credited with discovering the secret of putting bubbles into wine, though he did not discover the champagne method for making sparkling wines. Still, this discovery is known to be the jumping off point for champagne’s modern history.

In fact, Pérignon pioneered more than a few new winemaking techniques around 1670. He is reported to be the first to blend grapes in order to improve the quality of wines. He would balance one element with another to make a better final product, and he cleverly discovered how to make clear white wines by using black grapes. This is still considered essential, as nearly 40% of Champagne’s vineyards grow Pinot Noir grapes.

Through this exceptional manipulation, Pérignon revolutionized Champagne production. His techniques enhanced the tendency of Champagne wines to retain their natural sugar so they would naturally have their second fermentation in the spring. He also mastered when to bottle Champagne to capture the optimal bubble. As a final touch, Pérignon replaced wood with corks that were fastened to the bottles with hemp string soaked in oil – keeping the Champagne fresh and sparkling. Understanding that the pressure in the bottle was due to carbon dioxide, he bottled the elixir in a thicker glass bottle so it wouldn’t explode. These techniques followed him posthumously. Sparkling wines quickly became the main style of production in the Champagne region and remains so to this day.

When Pérignon died in the beginning of the 18th century, his wine had traveled all the way to the royals. Louis XVI and Madame de Pompadour are rumoured to have bragged about the magical new wine they enjoyed in the King’s court.

Even though the champagne was recognized since Madame de Pompadour’s era, the first vintage of Dom Pérignon was centuries later, in 1921. The name Dom Pérignon was adopted at the suggestion of Moët & Chandon’s English publicist, Laurence Venn, from the agency Simon Bros. & Co.. His idea was to create a brand that could be sold to the British aristocracy. It was released in 1936 to Simon Bros. & Co.’s top 150 clients. According to the current Dom Pérignon cellar master, the 1921 vintage had a “distinctive bouquet comprising sandalwood, vanilla and praline.”

The presentation of the 1926 vintage to these lucky consumers was a smash hit, so the House decided to recreate the enthusiasm in the U.S. market. It was so successful that Dom Pérignon was reserved exclusively for the American market until 1947. The exclusivity and world-renowned quality quickly catapulted Dom Pérignon to the most elite status. In 1971, the Shah of Iran ordered several bottles of Dom Pérignon’s first Rosé for the 2,500 year celebration of the Persian Empire. One of the bottles from that order sold at a 2008 auction for €24,758.

Dom Pérignon is never made in a weak year and all of the grapes used to make the wine will have been harvested in the same year. From 1921 until 2009 there have been 43 vintages produced.

The number of bottles produced for each vintage is at least 5 million. The champagnes are always a mix of Pinot Noir and Chardonnay grapes, although each vintage boasts variety in the composition. It is said that DP expresses its first plénitude after seven years in the cellar, the second plénitude at 12-15 years, and the third after 30-40 years.

Serena Sutcliffe, Master of Wine, and head of Sotheby’s international wine department, wrote ““With age, Dom Pérignon takes on a totally seductive fresh-toast-and-coffee bouquet, one of the most intriguing scents in Champagne.”

Incidentally, Dom Pérignon is not labeled a Grand Cru champagne, despite its prestige. Only certain vineyards in Champagne are classified as Grand Cru and can only be made from these vineyards in order to qualify. Though DP uses grades from these Grand Cru vineyards, each blend will always include grapes from the Abbey of Hautvillers, a Premier Cru fruit.

Dom Pérignon sales have consistently set records in the wine trade. In April of 2010, a buyer spent more than £35,000 for Methuselah 1996 Dom Pérignon Champagne Rose.

A world premiere release from the reserve cellar of DP  (the Rosé Œnothèque) was sold at a record price at a Sotheby’s auction in Hong Kong. The 30-bottle collection sold for $170,641 USD (HK $1,331,000). This set the record for a single lot of champagne sold at an auction.

Any cookies that may not be particularly necessary for the website to function and is used specifically to collect user personal data via analytics, ads, other embedded contents are termed as non-necessary cookies. It is mandatory to procure user consent prior to running these cookies on your website.